Allotment for sale in HELLANGE

Ref.: 1GWBM
This project is composed of 3 properties
TOP PROJECT

Allotment for sale in HELLANGE

Surroundings
The locality of Hellange is part of the commune of Frisange which is located in the south of the Grand Duchy of Luxembourg, on the border with the French border. The town of Hellange has several public facilities and services, including a multipurpose center, a preschool, a nursery and the "Kulturhaus". Hellange also has a recycling center, a service station as well as several craft businesses.

Schools
Early in Hellange. Cycles 1 to 4 are in the "Fréisenger Schoul" in Frisange. The high schools are about 10 km away.

Hellange is crossed by the A13 motorway, the "Collectrice du Sud", which crosses the south of the country from west to east up to Germany, providing a link with the Saar. The motorway allows rapid access to the City of Luxembourg and the municipalities located in the North of Luxembourg or France in the South, via the A3 motorway and the Croix de Bettembourg interchange.
The locality of Hellange is also crossed from east to west by the national road N13, allowing direct access to Frisange in the east and Bettembourg in the west. The CR 157, taking its starting point in the center of the town, allows you to join the Municipality of Roeser.
LA immo Sàrl

See all our properties 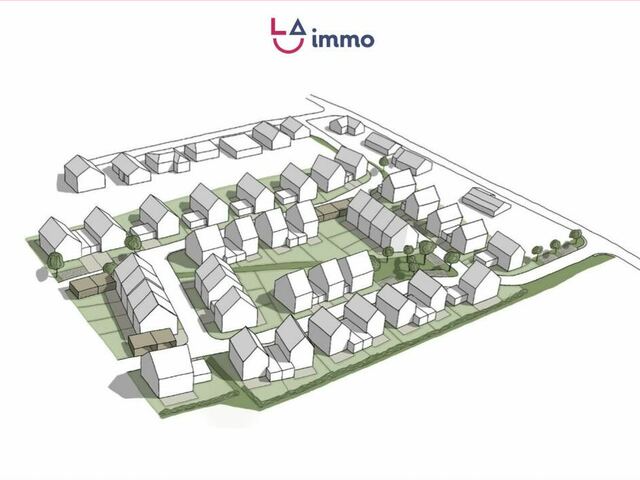 House for sale in HELLANGE 1GWBS

The mortgage involves a variable interest rate, the terms of which vary according to fluctuations on the financial markets.

At ING we give credit to your dream …

Have you found the home of your dreams or perhaps you are thinking about building it? If so, you need a sound financial partner to finance your project. ING Luxembourg is there to help you to draw up a personal financing plan and to provide the funds you need.

Looking for a flexible and reliable construction insurance?

We will connect you with an agent in order to visit the property on site or remotely.

You already have an appointment scheduled :

Consult your client area for more details, cancel or modify your appointment.

Your visit request has been sent to the agency XXXX

Your appointment will be confirmed by e-mail or telephone.

We sent you an SMS containing a 4-digit security code. Please enter it below to validate your appointment.