While living space per capita has almost doubled in three decades, a phenomenon straight from across the Atlantic is sweeping across Europe: the Tiny House. These nomadic micro-houses are responding to a current trend: minimalism. If the Tiny-House market is only anecdotal in Luxembourg, it is constantly growing in the USA. Let's focus, then, on these little houses that are talked about a great deal.

Tiny House: real estate in your pocket, made in the USA

Founded in 1999 on the initiative of designer Jay Scheffer, the Small House Society is known to be the first company to design and sell Tiny Houses. The concept is simple: meet the basic needs of an inhabitant, or even a couple, and provide them with a certain degree of comfort in a small space. In a country where the mobile home is very popular, it has not taken long for it to arouse interest among lovers of the nomadic lifestyle.

One of the specific features of Tiny Houses is the chassis mounted on wheels. Even if more and more models today are destined to be used in a sedentary manner, the Tiny House originally had to be towable. The owners could thus freely set up their house on private land or on a campsite. The surface area and mobility of the construction exempted them from building permits or housing tax.

An ideal that has become a necessity

It was in 2005 that the concept started to attract another, this time more precarious, population. Hurricane Katrina devastated thousands of homes in Louisiana, leaving residents to flee and abandon their homes. Many will not return.

Three years later, the subprime crisis is rife. Many families find themselves unable to pay back their loans with consequent ever-increasing bills. The Tiny House is therefore an alternative solution to finding decent accommodation. It was at this time that sales increased. Sales of small mobile homes today represent 1% of real-estate sales in the USA.

Today, the average price per m2 negotiated in Luxembourg City is between € 4,879 and € 10,256, depending on the services offered and the quality of the environment. It is hardly any cheaper in the municipalities on the peripheral of the capital. A new apartment in Bertrange or Strassen costs an average of € 6,800 per m2 for an old property and € 8,000 for a new one.

Following an era of overconsumption that has led to the construction of ever larger homes, prices, as well as an ecological conscience, are pushing prospective buyers to lower their expectations.

While a third of the population in Europe lives in a dwelling that is too large, the concept of the Tiny House is part of an ecologically responsible movement related to minimalism. If real-estate prices are clearly a brake on home ownership for a large part of the population, they are no longer the only reason for renewed interest in small surface areas.

Is the Tiny House the last hope for younger generations?

It is difficult for young active people to become a home owner without leaving Luxembourg City when the price of an apartment of 100 m2 rises to over € 650,000. With a personal contribution hovering between 10 and 20% according the banks, buying when young is for some almost a fantasy.

The Tiny House could be a solution for people wishing to become home owners without going through the rental route. One still needs to find serviced land at an affordable price to set up one's house on.

Become a home owner at any cost

But how much does a Tiny House cost? As with traditional real estate, the price depends on the quality of the materials, the surface area, whether or not there is a terrace and an awning, as well as the interior fittings. The lowest prices hover around €20,000 for a micro-house and can go up to € 100,000 for a premium Tiny House. Certain builders offer buyers the possibility of finishing their house themselves, making it possible to acquire their home at a lower cost. Other professionals sell turn-key houses with custom interior fittings. It is not uncommon, moreover, to find these more expensive models used as a house for guests and located on the grounds of large properties.

Once considered very close to the trailer, the Tiny House is now giving way to ever more elaborate projects. But in this sector too, the temptation to always want more can be felt: A two-storey house with a surface area of more than 100 m2... This is to exactly meet the needs of sedentary people who cannot afford to buy a traditional building.

So are Tiny House owners a marginal population? Not so much, apparently. Moreover, Luxembourg has a community that has the aim of creating a village dedicated entirely to Tiny Houses. It remains to be seen whether the legislation will allow the project to see the light of day. 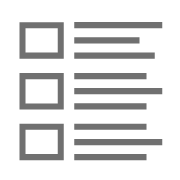 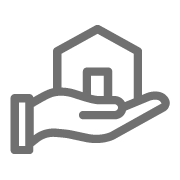 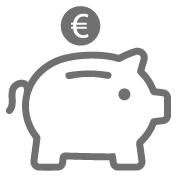 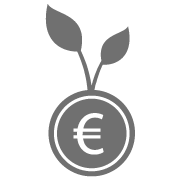 INSURANCE
Looking for home insurance? Find the best offers to insure your residence here.
By continuing your navigation on this website, you agreed with the use of cookies in order to provide you personalized editorial and advertising contents according to your interests. More infos
LOGIN
Add Listing
My Profile
My Listings
Estimate NEW
Favorites
Hidden Listings
My Messages
My Live Alerts
My Statistics
My Account
Rates & GTC
Registration
Login
Account Individual
Create an account to manage your searches or to publish an ad.
Login with Facebook
Sign Up with Facebook
Login with Google
Sign Up with Google